According to reports, about 300 female students of GSS Jangebe in Zamfara state were kidnapped by the gunmen.

Confirming the incidents, the state commissioner for information, Hon. Suleiman Tunau Anka said the gunmen stormed the school around early hours of Friday morning and abducted the students.

However, he stated that the number of student abducted are yet to be identified by the state government.

Reacting to the kidnap in a recent statement released by Garba Shehu, President Buhari sent out a strong warning to the bandits.

He explained that the only reason security agents haven’t attacked them was due to fear of heavy causality of civilians who might be used as human shield.

President Muhammadu Buhari has described the latest abduction of hundreds of students of Government Girls Secondary School, Jangebe in Zamfara State as inhumane and totally unacceptable, sending out a strong warning to bandits and their sponsors.

Reacting to the incident on Friday, President Buhari said that “this administration will not succumb to blackmail by bandits who target innocent school students in the expectations of huge ransom payments.”

According to the President, “no criminal group can be too strong to be defeated by the government,” adding that, “the only thing standing between- our security forces and the bandits are the rules of engagement.”

“We have the capacity to deploy massive force against the bandits in the villages where' they operate, but our limitation is the fear of heavy casualties of innocent villagers and hostages who might be used as human shields by the bandits,” he said,…

…stressing that “our primary objective is to get the hostages safe, alive and unharmed.”

President Buhari noted that “a hostage crisis is a complex situation that requires maximum patience in order to protect the victims from physical harm or even brutal death at the hands of their captors.”

He warned the bandits: “Let them not entertain any illusions that they are more powerful than the government. They shouldn’t mistake our restraint for the humanitarian goals of protecting innocent lives as a weakness or a sign of fear or irresolution.”

He also advised states and local governments to be more proactive by improving security around schools and their surroundings.

The Nigeria Police Force, NPF, has denied claims that it photo-shopped a photo which shows two suspects it paraded with AK49 riffles.

A BBC correspondent, Stephanie Hegarty, had said that the photo which the police shared on Twitter was alter-ed.

“Nigerian Police have tweeted a picture with clear signs of having been photoshopped – claiming to show two suspects with arms haul. See drastic colour differences, white background under mans arm, lack of reflection, blur around the weapons… Tweet has been up for 7hrs now.”

In reaction to the allegation, the force said “that there was absolutely no misrepresentation or any intention whatsoever to deceive members of the public.

“To set the record straight, in the case involving one Talatu Ibrahim, female, 40years old from Shinkafi LGA, Zamfara State from whom six (6) AK49 rifles were recovered and one other, Duleji Alhaji Abubakar a.k.a Ori jeje who gets arms supply from her to carry out series of kidnapping and armed robbery in Kwara State, the pictures are authentic and true representation of the suspects and exhibits.”

The force said that the pictures were taken separately and merged into one screen for a seamless understanding of the storyline.

“The arms showcased in the picture were the exhibits recovered by Police operatives from the suspects,” the force added. 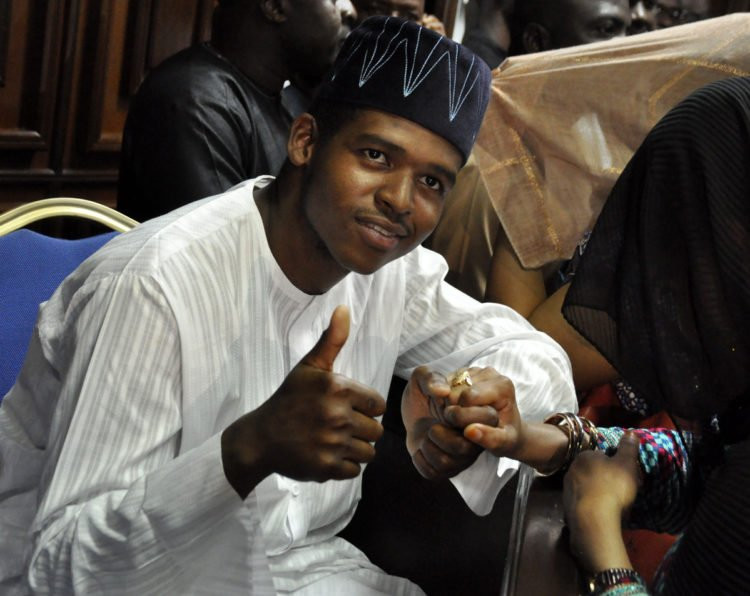 Bail granted to Faisal Maina, the son of former Chairman of the defunct Pension Reformed Task Team Abdulrasheed Maina who jumped bail, has been revoked by an Abuja federal high court which also ordered his arrest for jumping bail in his trial on money laundering charges.

Justice Okon Abang who disclosed that his trial on money laundering charges would proceed in absentia pending his arrest, also summoned his surety, a member of the House of Representatives, Sani Umar Dangaladima representing the Kaura-Namoda Federal Constituency of Zamfara State, to appear in court to show cause why he should not forfeit the N60m bail bond which he signed for the ex-pension boss' son.

The order for Faisal's arrest was granted after EFCC's prosecution counsel, Mohammed Abubakar notified the court that the defendant and his surety had not attended court since June 24, 2020.

At the court proceeding on Tuesday November 24 which neither Faisal, his surety, nor his lawyer attended, Abubakar applied for the revocation of his bail which was granted by Justice Abang. He also adjourned the case till Wednesday November 25.

This is coming few days after same court ordered the arrest of Faisal's father, Abdulrasheed Maina for jumping bail in his ongoing N2.1bn money laundering trial. 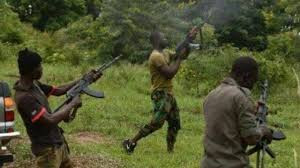 Suspected bandits have attacked a mosque in Zamfara state during the congregational Jummah prayer, killing five people and abducting 18 others, including the imam. Confirming the incident to newsmen over the weekend, the spokesperson of the state police command, Mohammed Shehu, said the incident happened on Friday, November 20. Mohammed said the bandits, numbering about 100, were said to have arrived in motorcycles and opened fire on the mosque located at Dutsen Gari village in Maru district. They abducted the imam of the mosque and some others. Mohammed said the Imam and a few others later regained their freedom on Saturday, November 21.

The police spokesperson said efforts are being made to apprehend the perpetrators and secure the release of the other victims.

Zamfara state has recorded several bandit attacks in many of its communities. 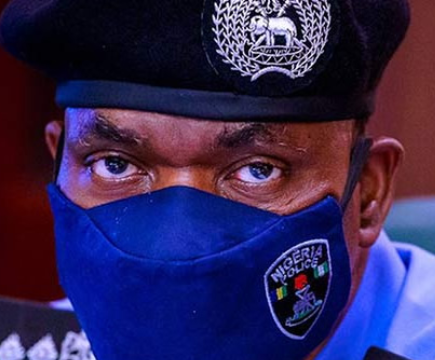 Bandits who kidnapped six Assistant Superintendents of Police in Katsina State for over one week are demanding N100m ransom for their release.

The abducted ASPs were among the nine who were just promoted to their current rank. They were attached to the Mobile Police Squadron 6, Maiduguri, Borno State.

Findings on Wednesday, November 18, indicated that the ASPs were demobilised from the riot unit and eight of them were on their way to the Zamfara State Police Command on transfer when they were ambushed in the Dogondaji area of Katsina State and taken into the forest, Punch reports.

While being led away, two of them escaped and one of them was shot in the leg but survived. He found himself at a village and the villagers took him to a police station and he was taken to a hospital.

The other six officers are still with the bandits who are demanding N100m ransom.

The families of the missing police officers were anxious about the safety of their breadwinners following the N100m ransom demanded by the bandits, Punch reports, adding that the families were attempting to raise N3m for the release of the captives or N500,000 each. 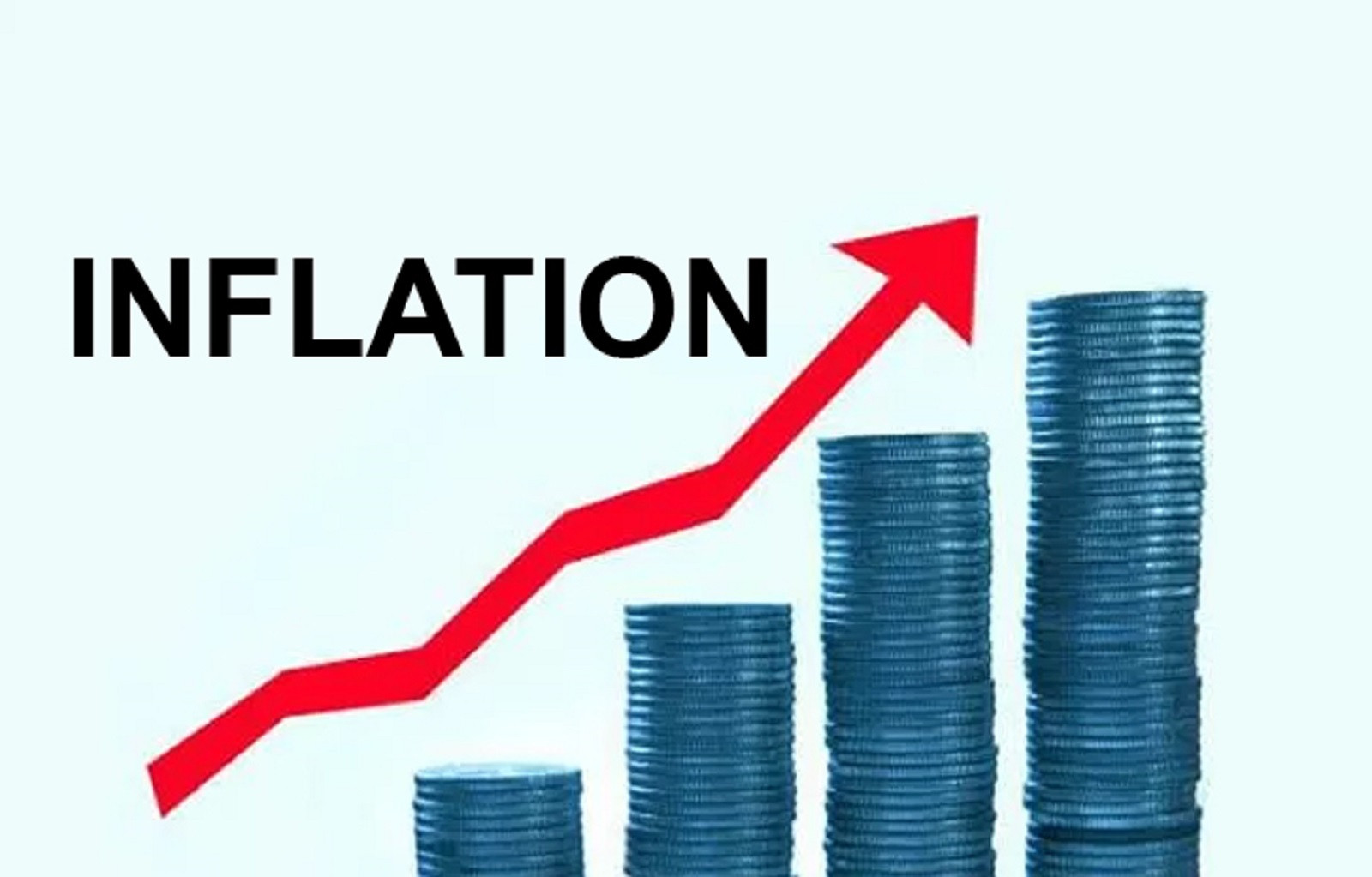 The National Bureau of Statistics on Monday November 16, released a data which revealed that Nigeria’s inflation rose to 14.23 percent, 0.52 percent higher than the 13.71 percent recorded in September.

According to the data, the core food index rose by 17.38 percent majorly driven by increases in food items. Core inflation also maintained a steady rise to 11.14 percent, from the 10.58 percent reported in August this year.

"The Consumer Price Index, which measures inflation increased by 14.23 per cent (year-on-year) in October 2020.

Inflation was highest in Zamfara, Sokoto and Ebonyi, while Lagos, Abuja, and Cross River recorded the lowest in October.