#at23: Nengi lists out some of her achievements at age 23 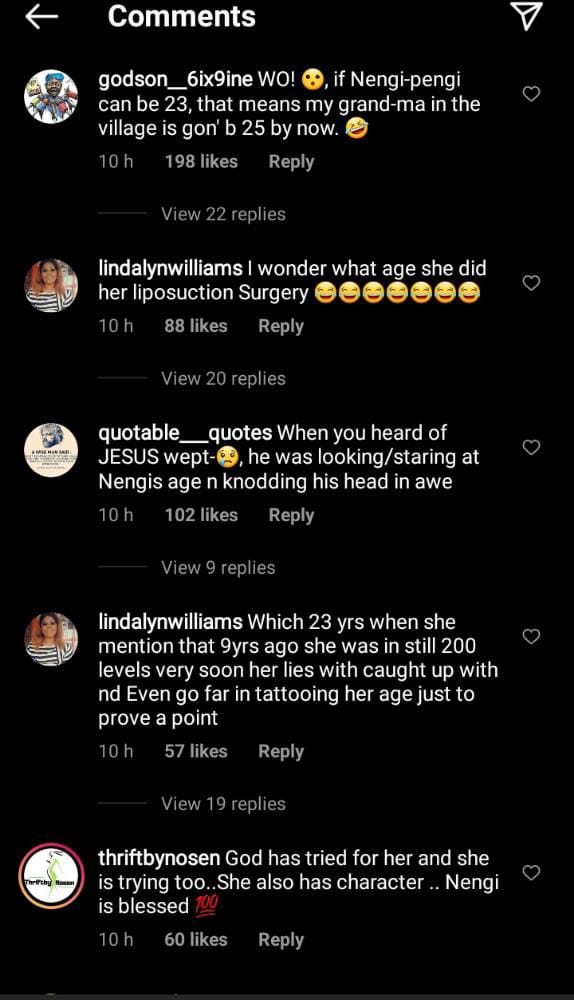 “If Nengi Can Be 23, That Means My Grandma Is 25” – Nigerians Drag Nengi for Lying About Her Age
Nigerians have again attacked reality star, Nengi accusing her of lying about her age.


Nigerians are not happy with reality star, Nengi.
This comes after she took to social media to highlight the things she has achieved at the age of 23.
However, Nigerians dragged her online accusing her of lying about her age.
Nengi Rose to stardom after making an appearance on the Big Brother Naija lockdown. Ever since she has continued to bag endorsements and deals.
However, the reality star has revealed her achievements at age 23. She tweeted;
“At 23 ..
CEO
Home owner SSA,
Girl Child development
Actress
Multiple brand Ambassador
Influencer of the Year
Humanitarian
Queen of Ninjas
David’s Aunty”
Netizens are in shock at the revelation that Nengi who’s well curvy and beautiful is 23 years old.
Here are the reactions generated;
godson__6ix9ine wrote_ WO! 😮, if Nengi-pengi can be 23, that means my grand-ma in the village is gon’ b 25 by now.
iteegoigbo_Na menopause go cast your age las las 😂. When you will be claiming 35, menopause will just be arriving with your 45 certificate.
hasiat__😂😂😂 wahala no too much like this ?? 23 ko abi 32😂😂
iteegoigbo_If this aunty be 23, then I am 16 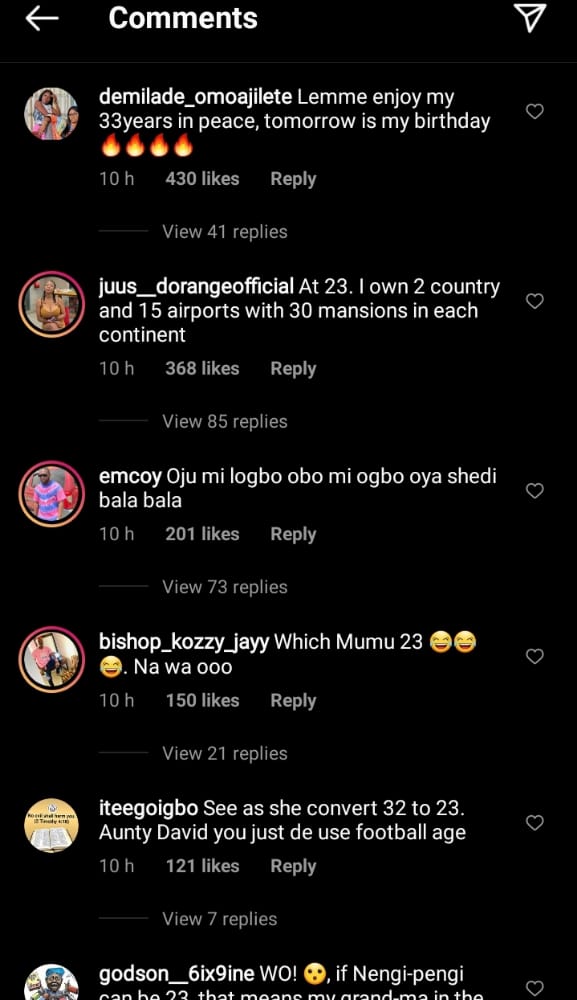 #at23: Big Brother Naija star, Rebecca ‘Nengi’ Hampson, has listed some of her achievements at the age of 23.

Many social media users had taken to micro blogging platform to jump on the #at23, listing some of their achievements at that age.

In other reports, the reality star recently asked her fans who follow her just because of their fantasies to ”Unstan” her.

She also pleaded with internet trolls to stop”pulling down” her friends, family and team at the slightest opportunity.

According to her, the constant disrespect is unacceptable. She wrote in the tweet trend;
”My brand is important to me and a good name is better than riches. I have been quiet on a lot of things but this constant disrespect is unacceptable! Please, stop pulling down my friends, my brand and my team. I understand it’s part of “what I signed up for” However, it is mean to subject my family and friends to the same Vitriol as they didn’t sign up for this. If you also love me because of your fantasies, UNSTAN ME. I am Nengi, I am a brand and I should be ENOUGH for you.”

Big Brother Nigeria star, Erica Nlewedim, has taken to social media to reveal that she was missing her husband.

The controversial reality recent statement has raised eyebrows as online users tries to decode what she means by “missing her husband”.

Recall that Erica and fellow BBNaija star, Kiddwaya, have been a couple since they met on the show and has continued to display their relationship online.

However, some internet users asked her to make her statement clear, as they speculate that the actress was referring to Kiddwaya as her husband.

Read what some fans had to say below:
Contact us 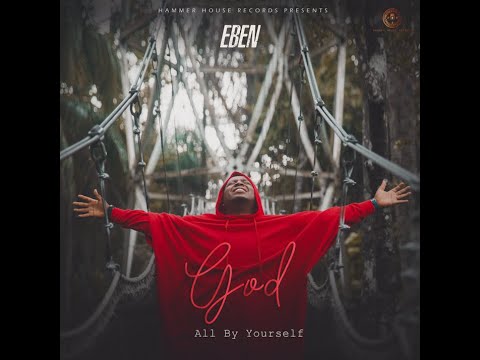 Eben – God All By Yourself