Speaking in a Black Box Interview with Ebuka Obi-Uchendu, the music producer revealed how he lost Falz due to his affiliation with another manager and how he failed to choose Simi in a music contest he organised years back.

Don Jazzy also noted he couldn’t sign Teni because she was based in Atlanta, USA at the time and he had not gotten to the stage of bringing people from overseas down to Nigeria.

Furthermore, he said that the singer he never wanted to manage is Davido because he knew he would become big.

“I can’t say I turned them down. For Falz, the working situation wasn’t just right. I run a firm that could handle almost everything he needed.

“But I think he had like a management company set up already. It was like Tiwa Savage’s but I had to grow into that kind of scenario where' I had to handle someone that had a record label, some blueprint process.

“I equally didn’t reject Simi. I did a Twitter contest for ‘Journey of A Thousand Miles’. I also loved her cover because she was one of the people that participated but she didn’t win.

“I didn’t pick the winners. I liked her but you can’t sign anybody. That’s one person I also regretted, I won’t say regret. But I wish we worked on stuff together. The same thing with Teni. We used to check up on each other.

“I had not grown to the point that I would move you from Atlanta to Nigeria for work. Now I can and we work before deciding if we are going to sign. Before I knew what was happening, there were faster people.

Davido is alleged to be dating the model since last year and has visited him in Nigeria in December and also spent some time with him in Ghana in January.

In the video shared by Mya on her Instagram page, she was spotted having fun with Davido and his crew, flew his private jet and also had his song “Holy Ground” playing in the background.

However, Nigerians are currently dragging Mya on her social media page as they call her a boyfriend snatcher and a side chic.

See some of the screenshot from the comment section below.

Video: Teni – For You Ft. Davido

Music: Teni ft. Davido – For You
An old Tweet written by DJ Cuppy on Twitter confirmed that none of the featured artists in Cuppy’s album was paid. 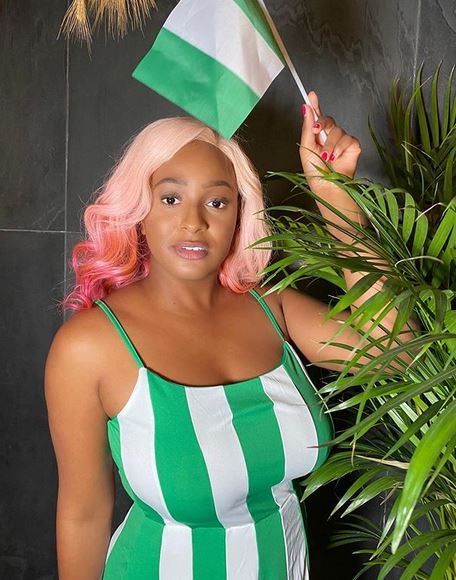 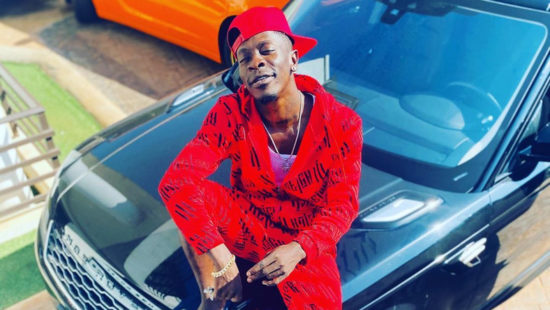 Charles Mensah, a Ghanaian singer better known as Shatta Wale, has taken a hit at Burna Boy, an Afrofusion star, for allegedly badmouthing him.

In an Instagram live on Saturday, the self-acclaimed Dancehall king vented his chagrin at the ‘African Giant’ crooner who he claimed gossiped about him while in Ghana.

During the yuletide season, Burna Boy was spotted at a number of events and nightclubs occasionally mingling with the crème de la crème of the entertainment industry in Ghana.

The Grammy-nominated singer also reportedly engaged in a brawl with Davido, his colleague, at Twist nightclub in the west African country.

But in the short video, Wale said he is very disappointed that Burna Boy refused to reply to his messages all through the period he was in Ghana. 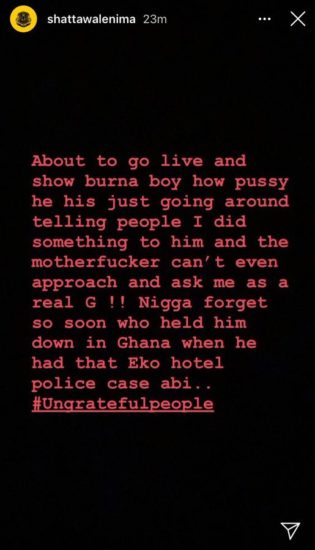 A High Court in the Federal Capital Territory has stopped the prosecution of Pastor Sam Adeyemi of Daystar Christian Centre, Burna Boy, Davido, Falz, activist Deji Adeyanju and others over the #EndSARS protest.

The High Court ordered a Magistrate court to immediately stop proceedings and stay action against 50 persons who supported the #EndSARS protests, following a criminal complaint filed by lawyer Kenechukwu Okeke.

Okeke in his suit alleged that during the riot, properties were destroyed and the defendants who promoted the #EndSARS protests must be held responsible for it and also brought to justice.

Justice Bello Kawu who delivered a judgement on the application filed by Activist Deji Adeyanju (one of the defendants) for a judicial review of the substantive matter before the magistrate, said;

“An order of this honourable court granting leave to the application to issue and serve on the defendant an application for judicial review against the proceedings/direct criminal complaint of Hon. Omolola Tolulope Akindele sitting at Chief Magistrate Court II, Wuse Zone 6 in the suit of Kenechukwu Okeke Vs Deji Adeyanju and 49 others in suit No. CR/49/2020.

“An order of this honourable court, that on the grant of the above orders herein, serve as stay of all proceedings on the direct criminal complaint Omolola Tolulope Akindele sitting at Chief Magistrate Court II, Wuse Zone 6 in the suit of Kenechukwu Okeke Vs Deji Adeyanju and 49 others in suit no. CR/49/2020.

“An order of this honourable court, that on the grant of the above orders herein, same order as granted by the honourable court shall restrain the Nigeria Police Force, 2nd and 3rd defendants from taking any further steps, arresting and or taking any unconstitutional/illegal steps in the form of any guise as it concerns the subject matters whatsoever before this court herein as it concerns all parties in the proceedings.”

Nigerian singer Davido has reacted angrily after seeing a video of the the wife of a Presidential Candidate, Bobi Wine in Uganda being stripped by Police.

This sad incident is coming just a day before the Presidential election in the east African country., and if you recall, Bobi Wine is contesting against the incumbent, Yoweri Museveni who has ruled the country for over 30 years.

According to report, the Ugandan police force carried out an arrest on the wife of the Presidential aspirant who has the support of the people.

In the viral video, Bobi Wine’s wife was dragged, stripped, and tortured in the presence of her son who struggled to rescue his mum while screaming, “leave my mummy.”

In reaction, the popular Nigerian singer and songwriter expressed utter disgust at the abuse of power and the violation of human rights.

Watch the video below;

Liya, first lady of DMW and Davido’s signee has been allegedly arrested by officers of the Lagos Police Command for flouting the COVID-19 rules.

Recall that a nightclub was raided by the Police on Saturday and and and many fun seekers were arrested.

Speaking on the development, the police public relations officer in the state, Muyiwa Adejobi confirmed the arrest of the club goers.

He identified the club raided as Lounge 38, Bode Thomas, Surulere.

A quick check revealed that a female artiste who was recently signed to DMW by Davido, was among those arrested.

There has been so many conversations surrounding the usage of song writers in Nigeria, with some singers shying against the fact that they have used song writers in the past.

Some section of the fans are also of the opinion that those who use song writers are not as talented as those who don’t.

Runtown on his own part has stated that there is nothing negative about artiste using song writers, as he sighted Davido’s Aye as one of the songs he wrote.

He also revealed that he co-produced the track which earned the DMW boss many nominations and award during the period of its release.

Runtown made this known when a fan asked him in aonline question and answer session he had on Wednesday, December 30.”

He tweeted: “I wrote it. And also co-produced it. Nothing wrong in using song writers if you write song for me and I like am I go sing am.”